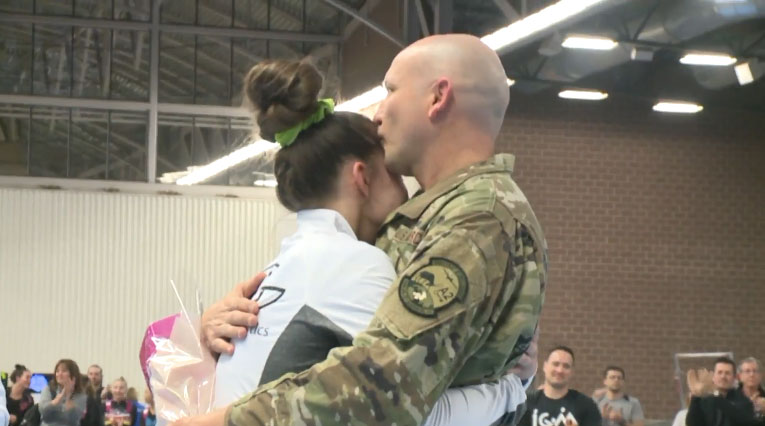 But it’s one that never gets old.

“I was deployed to Qatar, for the 132nd wing, out here in Des Moines,” said Morse. “I was there for six months.”

On a day where the Midwest’s best junior gymnasts gather for Chow’s Winter Classic, the best moment didn’t come during any routine.

It came at the senior prize giveaway, which was just a decoy for Hailey Morse to win the biggest prize of them all, a surprise from her father.

“Everything just stopped,” said Hailey. “My heart stopped. I was so happy. So happy he was home.”

“Seeing her smile, and seeing just how she was overwhelmed, that’s what I was waiting for,” said Morse. “That’s what I wanted so bad. I love this little girl. And to see her just happy, and because of me, it felt so good.”

As for what’s next?

“I think he’s going to watch me compete tonight,” said Hailey with a laugh.

Just the way it should be.